Have you been one the many Disney fans who have been collecting the Mickey Mouse Memories line? This collection, which began in January 2018, was meant to honor Mickey Mouse’s 90th Birthday with a new pin set, stackable mug, and plush that focused on a different decade each month. These went on sale at midnight PST on one Saturday of the month and the plushes usually sold out within minutes.

While it might have begun innocently enough, this collection had taken on a life of its own! The January items became immediate collector must-haves! The plush, which retails at the Disney Store for less than $30, began popping up on eBay for upwards of $500!

I won’t lie: I have set my alarm to wake up to buy them online and driven to my local Disney Store and waited in line. Yes, THERE IS A LINE at 7am! They give out cards to keep some order and sometimes Cast Members even come out to entertain those waiting with trivia questions. Though I only waited in line three times, I was lucky enough to get a plush and the pins each time. I found that the pins were fine to order online later in the day and I could enjoy some extra sleep.

Each time I waited in line, I was in awe of the spectacle of this monthly event. I mean, people discuss their game plans on Facebook groups, pay double or triple or more than face value on eBay, and lose sleep planning for this.

Disney had quite frankly created a monthly frenzy and there’s no surprise that Disney recently announced their next monthly frenzy.

More on that another day… 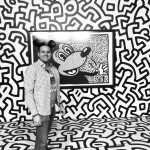 3 thoughts on “The Genius of Mickey Mouse Memories”

2 years ago Matt
Copyright Kingdom Collectors 2018. Some images and photographs within this site are copyright © the Walt Disney Company